HYBRID EVENT: You can participate in person at Tokyo, Japan or Virtually from your home or work. Dear congress attendants. It is an honor and pleasure to welcome you to the 15th Edition of the International Conference on Catalysis, Chemical Engineering and Technology. Heterogeneous photocatalysis using titanium dioxide represents a very important issue from the point of view of fundamental and applied science, offering new opportunities to combine science and technology for environmental purposes. The technology is optimal to remove especially recalcitrant pollutants from water such as heavy metals and metalloids, which cannot be treated by conventional methods. This low-cost technology is able to increase the knowledge of young generations and also to offer sustainable ways of controlling pollution in water, air, and soils.  I hope you enjoy this relevant Conference. 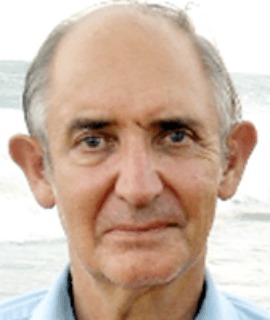 I am privileged to be a speaker on the 15th edition of International Conference on Catalysis, Chemical Engineering and Technology  to be held on May 22-23, 2023 in Japan. It is a great chance for the participants to present their results and to share ideas in such broad areas on this prestigious forum.
Catalysis plays important role in almost all chemical and biochemical processes and technologies. It is very important for energy production and environment protection. The importance of catalysis and its practical applications requires further development in catalysis theory, which is a vast field for research and applications. The field of catalysis research and applications is considerably extended by the biocatalysis, either by enzymes or by living cells. To that end, catalysis will be important tool to solve problems with application of renewable resources for chemical and energy, as wellas for green chemistry nbd circular economy.
I am confident that the scientific and practical achievements of the participants will contribute to the further development of fundamental science and applied catalysis. Thus, welcome and enjoy the conference! 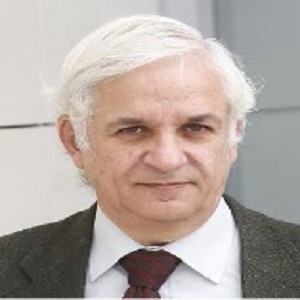 Dear congress participants, it is a pleasure to write a few welcome notes. Kinetic-catalytic methods constitute a valuable and powerful tool in analytical chemistry. From its initial moments, in which the control of the processes was done manually with a clock, substantial progress has been made. An important step was the incorporation of flow techniques, such as the FIA ??(flow injection analysis), since it allowed to automate the determinations (avoiding the use of manual clocks), to carry them out within closed systems (thus avoiding both losses and the incorporation of external contaminants). Subsequently, other flow techniques have been incorporated, such as SIA (sequential injection analysis), MSFIA (multisyringe flow injection analysis), MPFS (multipumping flow systems), etc., adding more features to the kinetic-catalytic methods (versatility, saving of sample and reagents, etc.). One of the most recent contributions has been the incorporation of chips obtained by 3D printers, which have made it possible to have more compact systems. 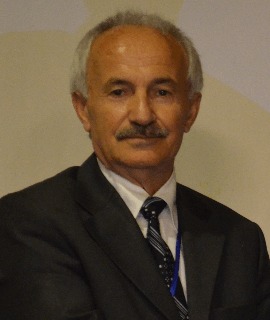 It is my great honour and pleasure as a Committee Member to invite you to join with a contribution to the 15th Edition of International Conference on Catalysis, Chemical Engineering and Technology (CCT 2023) which will take place on May 22-23, 2023.
The Conference will include Plenary and Keynote Speeches and Invited Talks which will be given by Distinguished Scholars and Experts from academic institutions and industry, and oral presentation by delegates and poster presentations by young junior participants.
Devoted to the rapid development of Catalysis, Chemical Engineering and Technology, this conference will provide excellent opportunity to meet distinguished scholars and experts and to exchange new ideas and application experiences, to establish research relations and collaborations for future research and projects. The conference has a wide variety of Catalysis and Chemical Engineering from Green Chemistry, Catalytic Materials to Reaction Chemistry and Engineering.International scientific activities are big scientific platforms for the scientists, colleagues, and young academicians from all over the world, to interact and communicate with each other.
I believe that 15th Catalysis, Chemical Engineering and Technology Conference will provide this opportunity for delegates from different cultures and countries. Also, this conference will be performed successfully, in favour of the qualified scholars and experts and with their valuable presentations. Also, the conference will be very beneficial for young delegates by encouraging them and improving their confidence of presenting research in an international platform.
I am pleased to invite prospective scholars, academicians, and engineers to submit their original contributions to this important conference, where you are sure to have a meaningful experience with scholars and experts from different cultures and different countries, from all around the World. 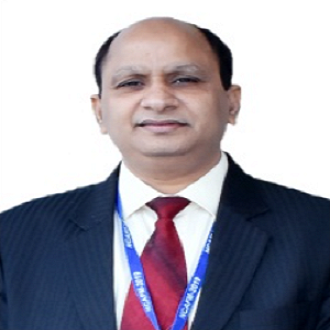 Dear congress visitors, it is an honor and pleasure to write a few lines on welcome notes for CCT-2023. On behalf of the whole organizing committee, I warmly welcome all the delegates attending this congress meeting and thank them all for their active participation. Research in the field of Catalysis under Materials Chemistry has witnessed an exponential growth throughout the globe and the potential of its manifestation has been observed by 15th Edition of International Conference on Catalysis, Chemical Engineering and Technology” (Hybrid Event) during May 22-23, 2023 in Tokyo, Japan by gathering renowned scientists under one roof. The overall goal of the congress is to exchange breakthrough ideas in the field of Nanocatalysis to promote top level research by focusing on the recent trends as well as future prospects. We look forward to an excellent meeting with internationally renowned scientists and hope that the congress visitors are highly benefitted by their experiences and frontier research work in Advance areas of Catalysis, Chemical Engineering and Materials Chemistry. 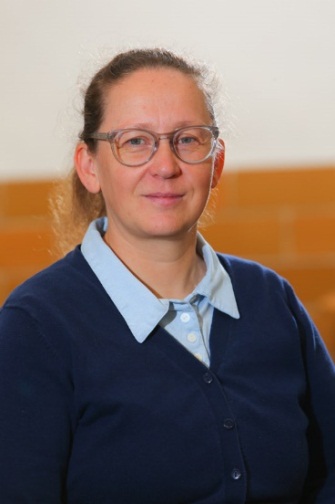 Dear congress attendees, it is an honor and pleasure to welcome you to the 15th Edition of International Conference on Catalysis, Chemical Engineering and Technology. Catalysis is a central field of study with a large spectrum of applications. Industrial chemical processes are being constantly improved by implementing more efficient catalysts and making them environmentally more benign. The design of new catalysts and development of new catalytic methodologies are important to reduce the consumption of energy, open new pathways of recycling. Catalysts design requires the precise knowledge of the reaction environment including homogeneous and heterogeneous systems, solid state phases, and biological systems. The understanding of molecular reaction mechanism and surface properties of solids are improved by computational methods. Catalysis is indispensable for enantioselective synthesis of natural products and drug molecules. This congress will be an excellent platform and opportunity for all participants to learn about new catalytic concepts and applications. 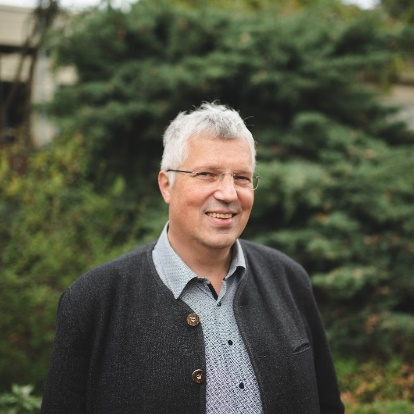 Ladies and Gentlemen, welcome to the 11th International Conference on Catalysis, Chemical Engineering and Technology (CCT 2022)

Catalysis lowers activation barriers and enables chemical reactions at lower temperatures compared to uncatalyzed ones. Therefore, catalysis is an evergreen in academia and in industry, allowing to conduct processes more efficiently, eventually to perform them at all. In addition, also the future will be strongly dominated by the discovery, development and implementation of novel catalytic reactions. Ultimately, mega challenges, such as climate change, and mega trends, such as sustainability at a simultaneously growing world population, will heavily rely on new solutions in catalysis.

This conference initiates, fosters and triggers thought exchange between scientists working in various fields of catalysis research and application, bringing together scholars and practitioners, researchers in homogeneous and heterogenous catalysis ranging from solid state, molecular and biomolecular catalysis. All this offers a unique opportunity to network and exchange thoughts, create new collaborations for ultimately progressing the field of knowledge, for improving existing processes and for finding new solutions to eminent problems.

Inevitably, CCT 2022 will act as a catalyst itself amongst us scientists. Thus, welcome and enjoy the Meeting! 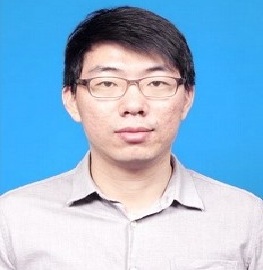 “Welcome on board” of the 11th Edition of International Conference on Catalysis, Chemical Engineering and Technology  (CCT 2022). It is an honor and a pleasure to send you a short welcome address, just to underline how Catalysis and Chemical Engineering represent a very promising marriage to develop novel economic and environmentally friendly industrial processes, especially for post-COVID-19 and carbon-neutral economy. Aiming at creating changes in energy technologies and chemicals manufacturing, new materials, catalysis, and chemical engineering process are urgently required to be innovated to defossilize, decarbonize and decentralize present chemical industry. To achieve this goal, a multidisciplinary approach is necessary to be able to revised critically the existing literature and develop new idea and collaborations focused to open new scientific courses. From this point of view CCT 2022 represent an exciting opportunity to meet different competences and establish contacts focused to develop new research collaborations. Thus, welcome and enjoy the Meeting!

Yours Sincerely
Cheng Tang
The University of Adelaide,
Australia 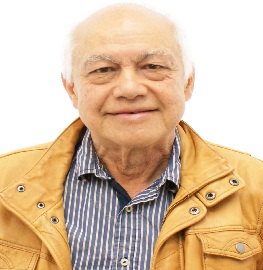 On behalf of the organizing committee I would like to welcome you to the 11th Edition of International Conference on Catalysis, Chemical Engineering and Technology (CCT 2022). Just to outline the theme of Catalysis and Chemical Engineering which represent a very promising marriage between the two fields, the objective is to develop novel economic and environmentally friendly industrial processes. Thus, the adjective sustainable appears more appropriate for novel industrial processes, for which both economic and environmental aspects have to be considered, minimizing contamination such as the use of chemical processes in aqueous solutions, use of clean energy sources such as solar emission, and atom economy such as in catalysis if we want to remove relevant drawbacks of some current processes, preserving the added value and having real application perspectives. To achieve this goal, a multidisciplinary approach is necessary to be able to revise critically existing literature methods and develop new ideas fostering collaborations to focus on novel scientific venues. From this point of view, CCT 2022 represents an exciting opportunity for chemists and related scientific disciplines to be exposed to different non-classical and novel research areas in order to achieve these objectives.