HYBRID EVENT: You can participate in person at Tokyo, Japan or Virtually from your home or work.
CCT 2023 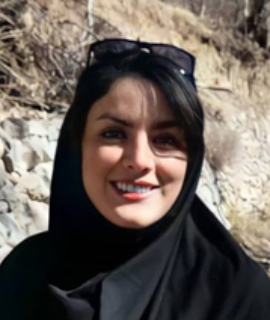 Title : Fast and easily production of carbon quantum dots by combustion method and using the products for increasing elasticity as polymer additive

Carbon dots (CDs) are a new type of carbon-based material that has exceptional physicochemical properties, due to which they are widely used in the fields of material science, environmental cleanup, and medicine and have caught global attention in the last decade. Since the size distribution of CDs plays a major role in determining their fluorescence properties and toxicity, the inadequate size distribution of CDs can be one of the reasons for their limitations in certain bio applications, especially in vivo, inexpensive nature while generally producing nontoxic by-products and uniform particle sizes, offering CDs with excellent optical properties and high quantum yields. Several synthesis methods of C-dots are being reported till now but they are still simple and high yields remain a challenge to their large-scale preparations. In the future, C-dots will be potential candidates for targeted drug delivery applications as drug carriers because of their biocompatible nature and nontoxic effects and they will also potentially be used in the agricultural industries, they could be made more effective and specific by surface functionalization. In this research, a simple combustion method is used for fast synthesis of CDs. Different organic solvents were used as carbon source and carbon soot was collected by a collecting surface such as aluminum and glass. The products were characterized by different methods. Results indicated that this method is very effective in synthesis of CDs with very narrow particle size distribution range. Finally, the products were used as additive for promoting elastic property of polyurethane polymer. Results of Tensile test indicated that adding CDs with 0.1 to 0.5 w% can increase the elasticity of polyurethane obviously.